The time has come for you to answer the call of the Eyrewood. Thornwatch is currently being sent out to Kickstarter backers and will be available for sale in retail and digital stores on July 31st! Preorders will be accepted starting July 10th on the Lone Shark Games store and Penny Arcade store. 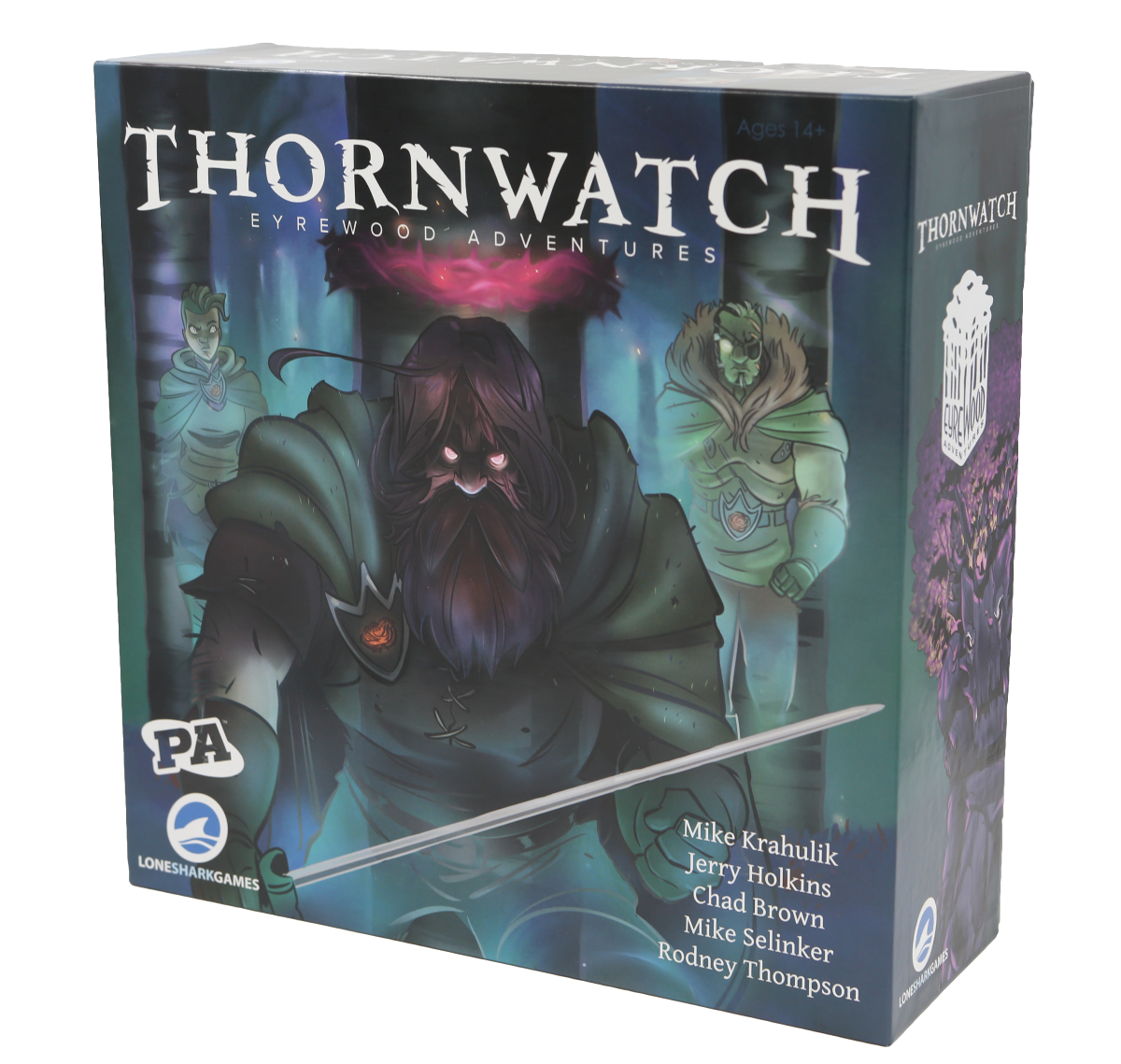 Accept the call of the Eyrewood and become one of the Thornwatch, spirits bound to protect the ordinary citizens from the terrors of the forest. As the Blade, Greenheart, Guard, Sage or Warden, it’s up to you to save the day. One player takes up the mantle of the Eyrewood’s ancient Judges and guides the heroes through the adventure. Thornwatch can be pulled off the shelf for 60 minutes of fun, or provide 2+ hours of epic adventure.

With an MSRP of $79.95, Thornwatch contains the following: 306 cards, 6 trackers, 15 storyboards, 121 pawns and markers, 24 map tiles, 8 dice, 1 storyboard stand, 8 dividers, 1 rulebook. Krahulik explains, “The incredible thing about the Eyrewood as a setting is that it can be whatever you want it to be. It is an ancient world spanning forest and countless civilizations have risen and fallen beneath its shifting branches.” 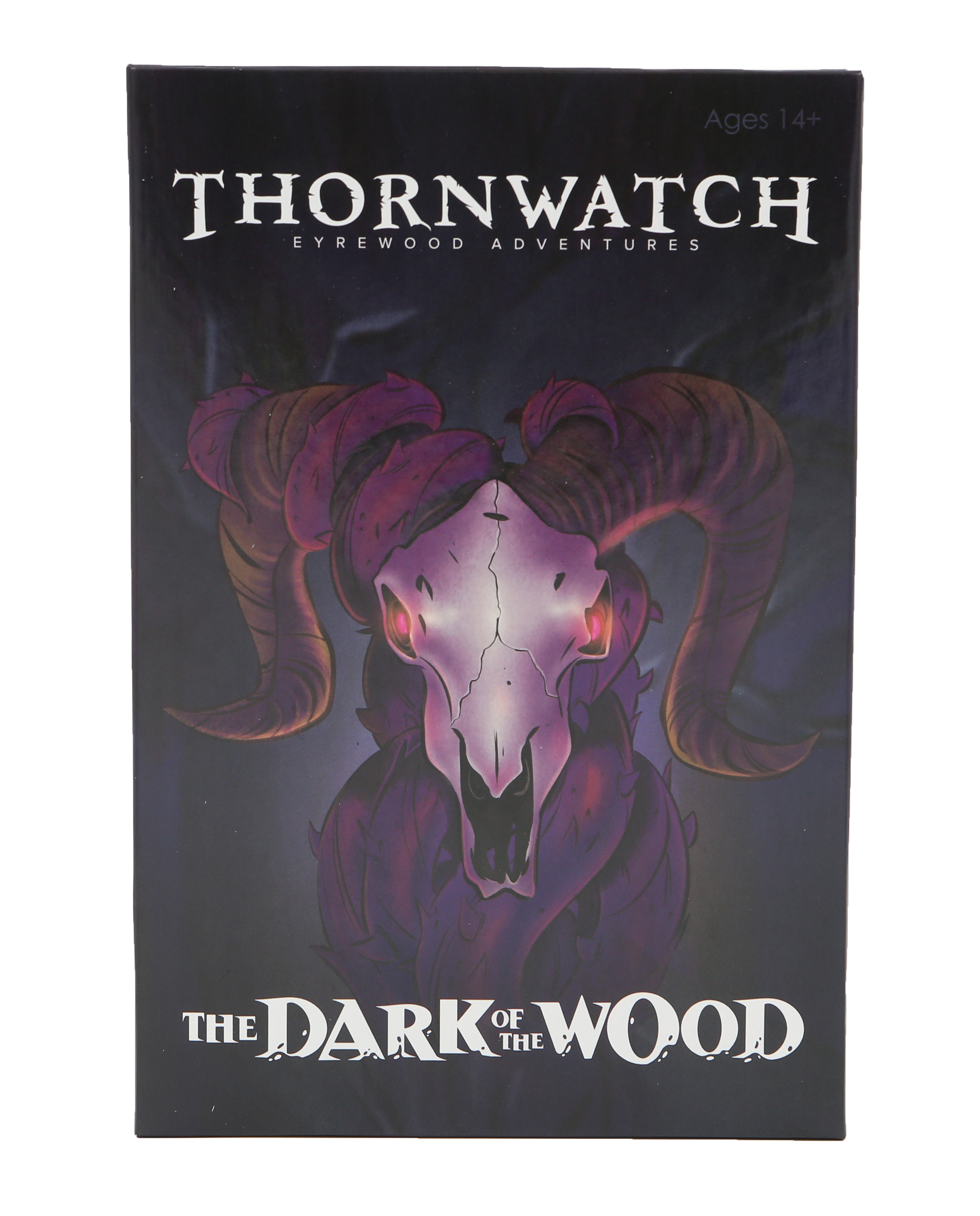 Also available on July 10th is The Dark of the Wood expansion for the Thornwatch Core Set. Summon five new members of the Thornwatch, each bearing the weight of a corrupting curse. This set adds the Briarlock, the Dark Courier, the Unsundered, the Weave-Weald, and the Woldsen, all with new powers and gruesome complications. If you’re looking to add a little more malevolence to the Eyrewood, you’ll want to pick up The Dark of the Wood.

“Living in the Eyrewood for the past couple years has opened up our eyes to a new way of seeing the world,” Selinker says. “We hope people will dive in and join us there. The Eyrewood may be a scary world, but that’s where the best adventures take place.”

For those that backed the Thornwatch Kickstarter, your products are already shipped or will be soon. For those of us who missed out, keep an eye open–we’ll be announcing when you can order from the Penny Arcade and Lone Shark Game stores soon!