Hey, Maze of Games fans! We’ve got a big announcement for you. In the Kickstarter campaign for the Maze of Games audiobook, we came up with the idea for a “live show” that would be built around The Maze of Games. Things morphed and developed over time, and now we’ve enlisted some of our friends to help us bring that to life in a wholly different way than we anticipated back then.

We’d like to officially announce The Maze of Games Escape Room. It’s a massive production for us and the clever folks at Epic Team Adventures, our partners in this endeavor. ETA is one of Seattle’s top escape room companies; when we were imagining there would be a Maze escape room, there was only one company we wanted to make it. The Maze of Games escape room is designed by Maze developer Gaby Weidling and ETA co-founders Rich Rowan and Jesse McGatha. (I helped too, of course.) Here’s Gaby with just about the only thing we can show you from the room that isn’t a spoiler. 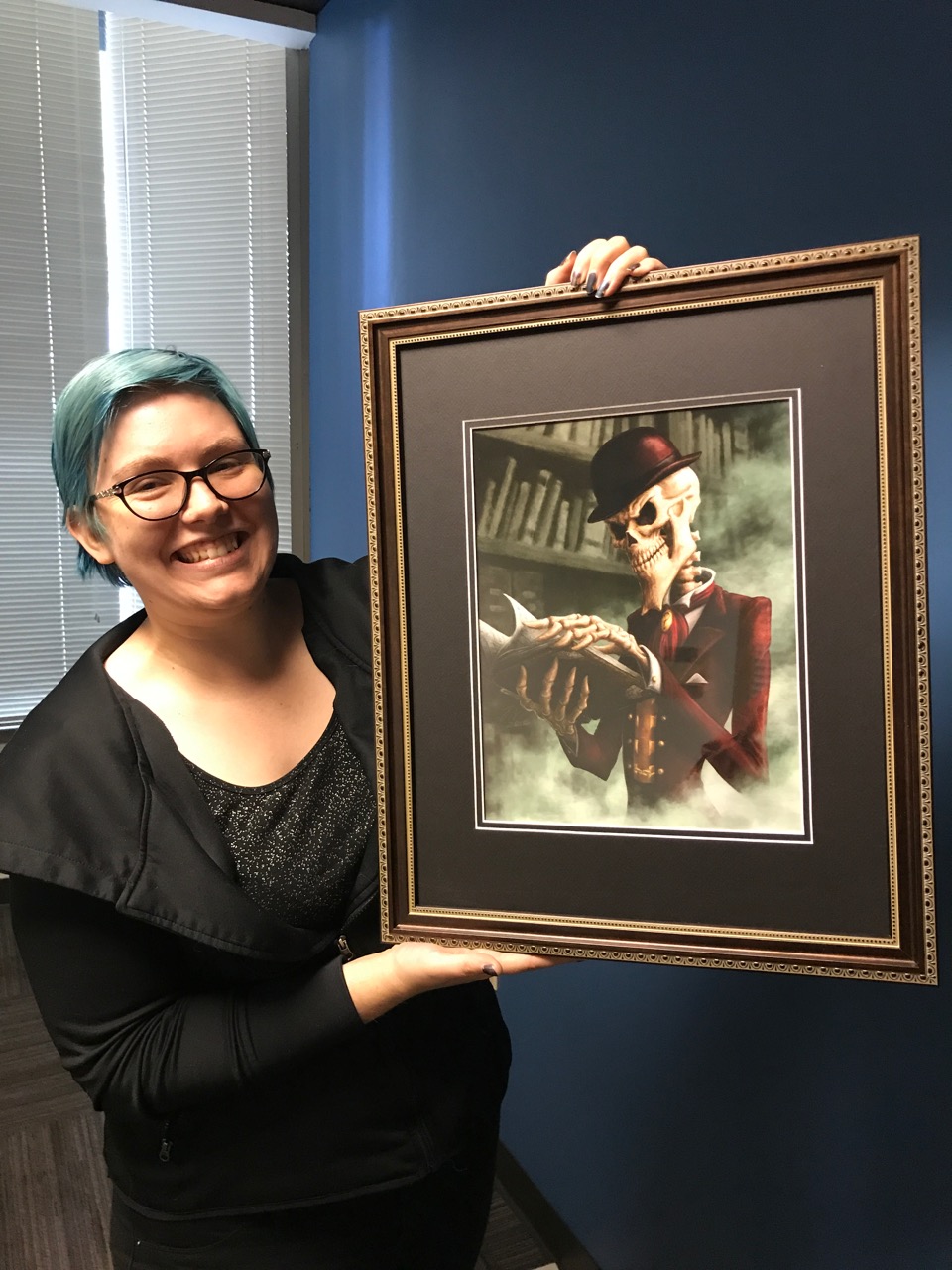 It’s a really deep and impressive room, and it’s actually just the first in a series of Maze of Games escape rooms that function out of the same space.

If you are in Seattle this weekend, you can try the Maze of Games Gatekeeper’s Challenge at the ETA booth at PAX West. This is a 10-minute escape room adaptation of our puzzle novel, co-created by Gaby, Rich, Jesse, and me. Players successfully completing the challenge will be entered into a daily drawing for a free ticket to the full Maze of Games escape room when it opens in late September. It’ll be on the 2nd floor, around the corner from Room 208, on Friday 9/1 to Sunday 9/3 from 10 a.m. to midnight, then on Monday 9/4 from 10 a.m. to 6 p.m.

Our booth #5102 on the 6th floor of the convention center will be hopping with Apocrypha, The Ninth World, and Thornwatch. You can pick up a Contract Poison card to get signed by the Apocrypha team, and also purchase The Maze of Games and Apocrypha’s World box and its accessories. There are signings by the designers in three places: at our booth, at Epic Team Adventures, and at Uncle’s Games.

And you can play our games in long form in the Lone Shark room in Olive 8. We’ll be showing off Apocrypha, plus letting fans playtest the Thornwatch expansion The Dark of the Wood. 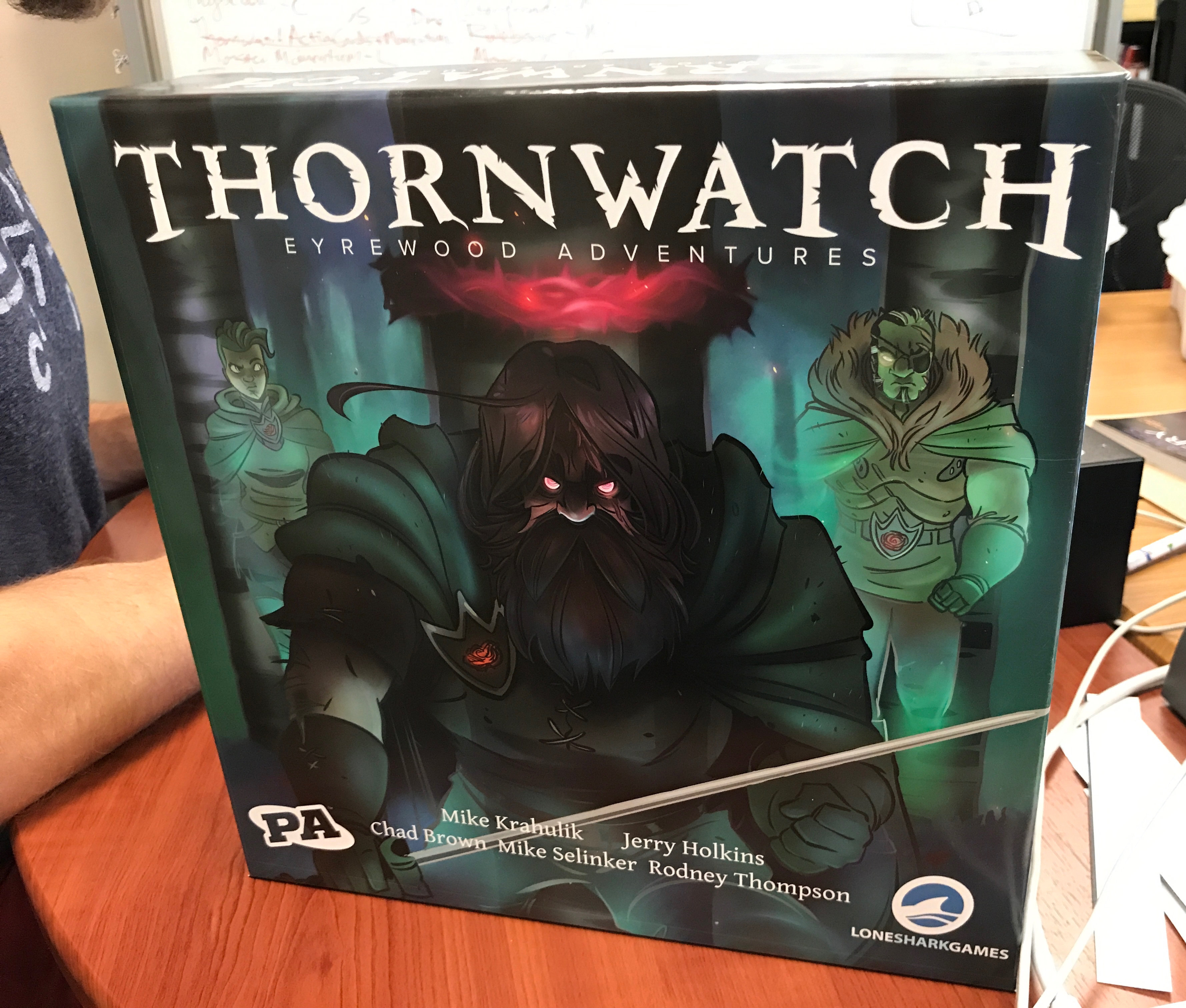 We’ll be bringing a box that looks just like that. Those are our plans for PAX. If you’re there, come see us!