With Thornwatch zipping along in design and art development, we just opened up our preorder site to people who missed the Kickstarter campaign. You can preorder either the base set or the deluxe Walk in the Woods box from this site right now.

The site is only open for four weeks. After April 21, we’ll close the PledgeManager for good—with the exception that you will always be able to change your address up about 30 days before our shipping begins.

If you’re preordering, start by selecting your reward level:

You will then be able to access the following add-ons:

You must order a base set or the Walk in the Woods set to get the expansion and/or the pawns. If you have any issues with the PledgeManager, please send a note to support@pledgemanager.com and they’ll take care of you.

This opportunity ends on April 21. Get your order in soon! 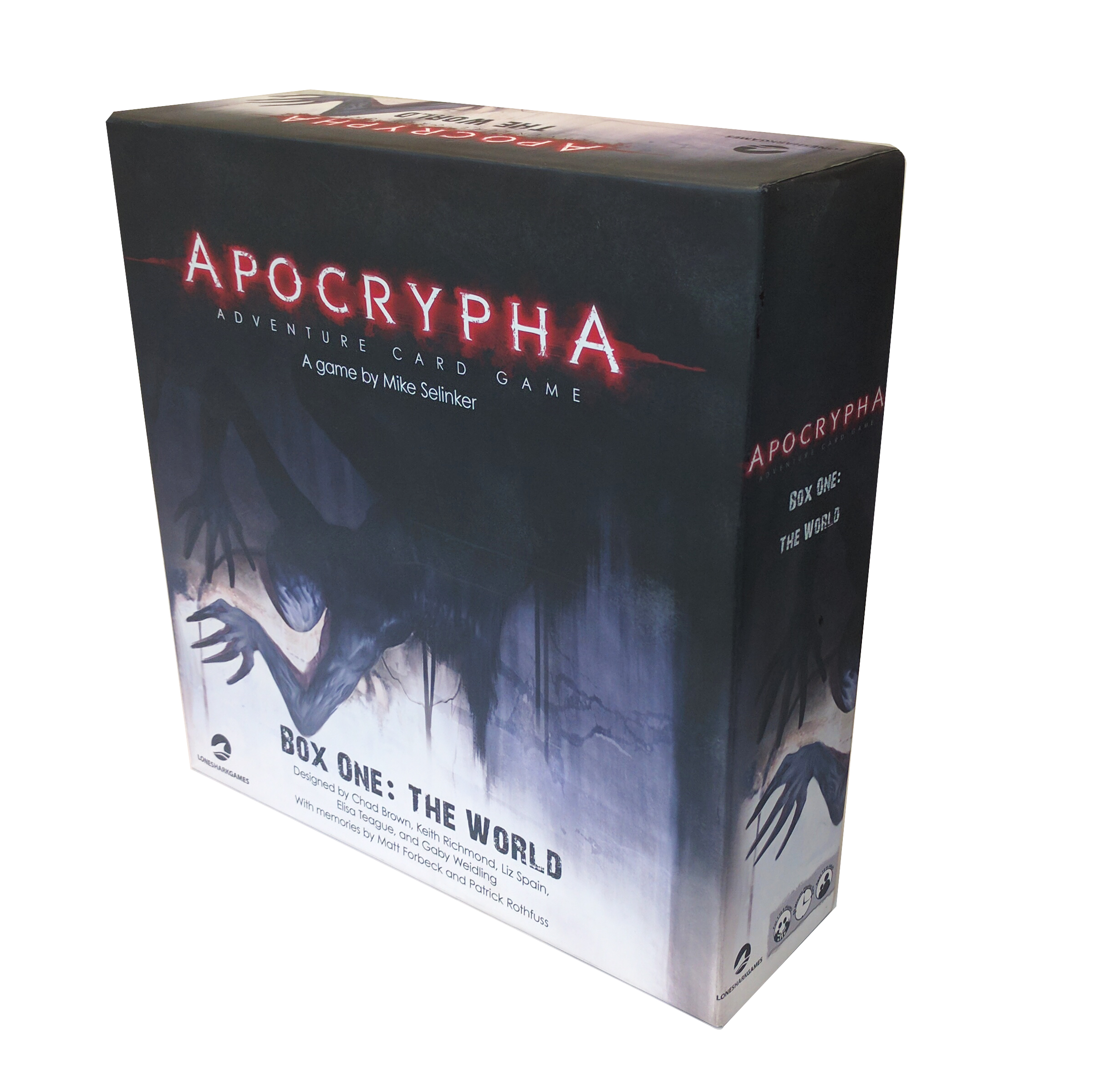 Last week, we went to the GAMA Trade Show and announced lots of details about the upcoming releases of Apocrypha and The Ninth World. First up, Apocrypha.

Apocrypha‘s The World box has been at the printer for a couple months. We reviewed digital proofs this week, allowing printing to begin very soon. Assuming everything goes as planned, The World is expected to be in our warehouse in July and shipping throughout August to backers. We expect that our street release date (that is, in retail stores) is sometime in August or September. We announced The World would be $79.95 at retail in the US.

The first expansion, The Flesh, is now set for a release sometime in November, in time for the Christmas holidays. The Devil hasn’t been scheduled at retail yet (we said “Q1 2018” at GAMA), but since we’re shipping both The Flesh and The Devil to you at the same time, along with the ten-card hybrid mission promo pack, you’ll get those before the end of the year too. Each of those expansions is $39.95 at retail, plus the mission pack is $4.95.

We also released a rulebook PDF and announced that Apocrypha being set in the modern day means we can modify it every day. So if you’re playing Christmas in Candlepoint on Christmas, you might have an easier time acquiring gifts. It should be a deep and fascinating launch, and we hope you’ll come along for it. 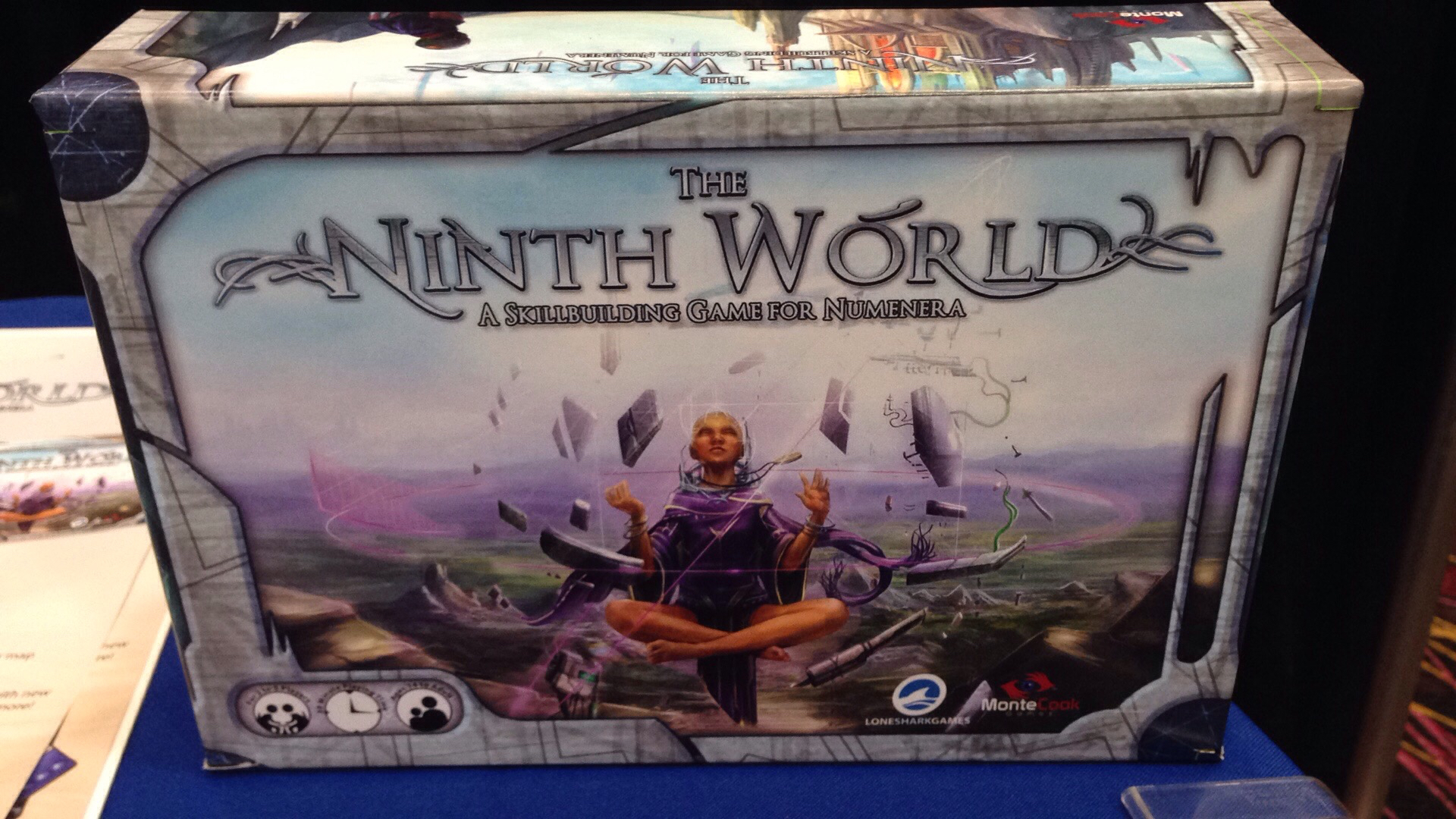 At GAMA, we also showed off a close-to-final version of The Ninth World: A Skillbuilding Game for Numenera.

With design on the regions done and Shanna Germain’s flavortext written and in editing, including the Beyond cards, we’re finalizing the text of the game and getting ready for the final import into layout. We’ll be starting on the last thing we always do, the rulebook layout, in a week or so. (We do that last because we need all the card images that would appear in the rulebook finished first.) All of that made us confident in setting a release schedule.

We set the street date no later than the fourth quarter of this year. Of course, our plan is to fulfill to Kickstarter backers first. We hope to have at least a few final versions at Gen Con and PAX West for people to play with, and begin fulfilling right after those shows. Again, that’s not set in stone, but it’s getting close enough to concrete that we are talking about the release date with distributors and retailers.

These games are both later than we intended, but the extra time was worth it. They’re better for having been developed and playtested in greater amounts, and we got a number of new artists to participate in making our worlds come alive. We think you’ll like the final results. 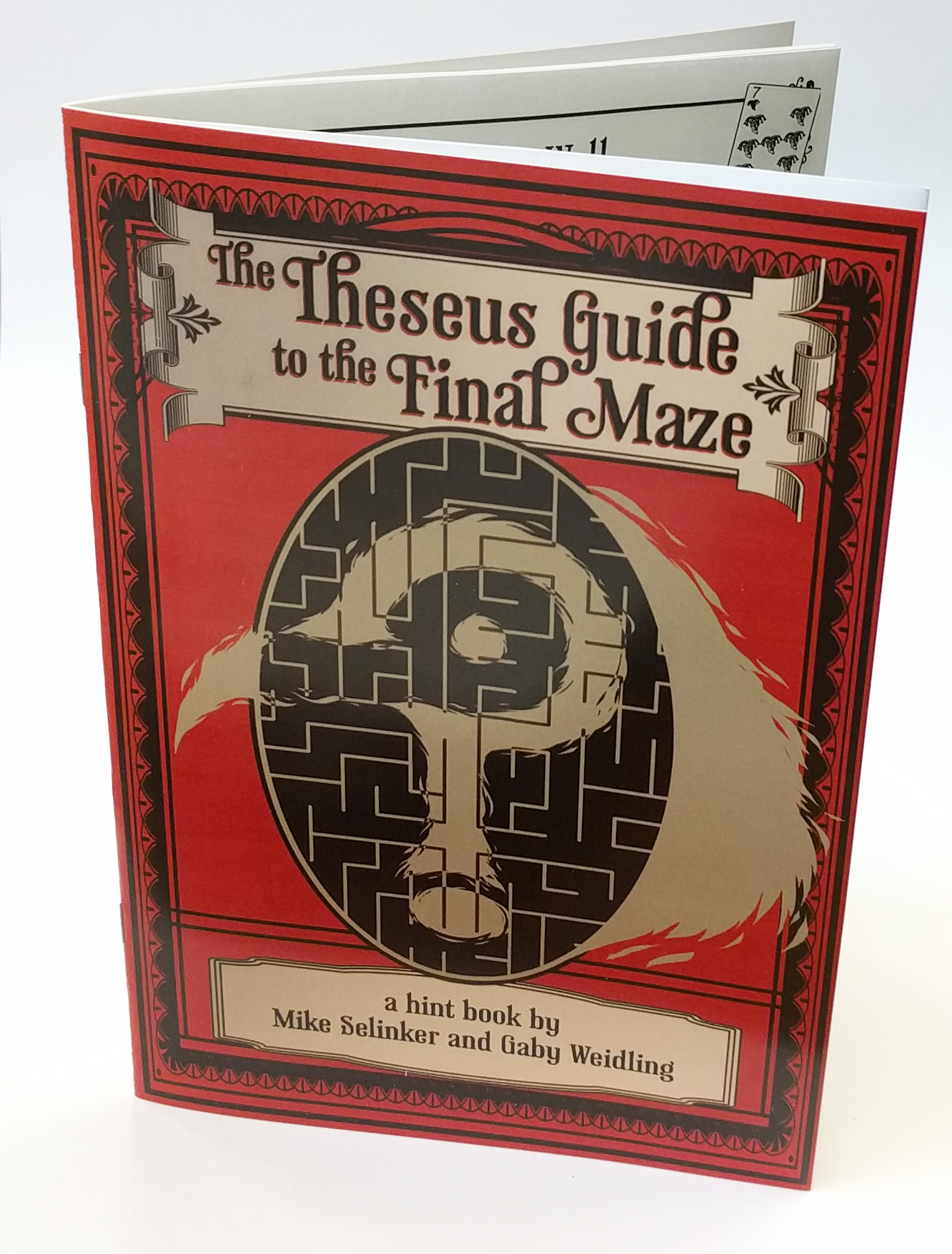 We launched the Maze of Games chapbook The Theseus Guide to the Final Maze to great acclaim at Emerald City Comic Con, and you can buy it in our Penny Arcade store. We give everyone who buys the physical book a copy of the PDF as well. The run of books is extremely limited, so if you’d like one, please head over to Penny Arcade’s site and pick one up today. If you don’t have a Maze of Games, you can get a bundle of the two books for $5 off.

Thanks as always for supporting us Sharks!